Another early morning, we were keen to explore Stavanger despite having no real inclination of what we wanted to do. Also in today’s blog: fun in Moonlight Sonata and a west end medley! Stavanger in the Rain

We left the ship at around 08:30, keen to join the sightseeing bus that I have previously raved about and enjoy a leisurely tour of the city, along with free wi-fi! Unfortunately we later discovered that the official City Sightseeing bus had it’s season start delayed due to mud slights blocking many routes, especially around the harbour area. We had to explore on foot, and find our Internet fix elsewhere!

Stavanger is a beautiful city with an interesting juxtaposition of old and new. Old Stavanger, a collection of typical 18th century white wooden houses near the port, is dwarfed on all sides by modern offices and apartment buildings.

Our visit to Stavanger was unfortunate for two reasons. First, the wether was pretty terrible with intermittent rain showers. Second, it was a public holiday so, with the exception of a few cafés and small convenience stores, everything was closed!

Actually, that it was a public holiday made our early disembarkation quite surreal, as we were walking around this city at a time that would typically have been very busy, but the streets were completely empty. So much that we joked that perhaps there had been some sort of apocalypse while we were sailing and nobody bothered to tell us!

Despite the weather we did have a good wander around and the city is rather beautiful. We didn’t actually do anything of particular note, but we did find a lovely little chocolatier / café called Sjokoladepiken which is run by an English guy from Essex who has been living in Norway for around two years. We had a great cup of coffee (the best I’ve had since leaving home) and a little piece of chocolate. Yesterday’s blog was almost written from this café. I say almost because as I was sending the e-mail to my blog, my mail client crashed and I lost about an hour of work. If yesterday’s blog seemed rushed or full of mistakes, that’s why!

After storming through the streets of Stavanger, ready to throw my iPhone off the dock, I finally decided to give it another go in Burger King, who also offer free wi-fi.

The one other interesting place we saw was a barber shop that looked really traditional, from which females were banned! Photos in the gallery as usual! 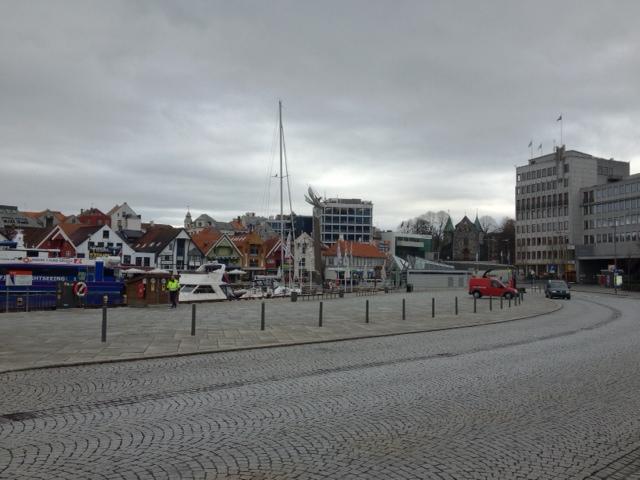 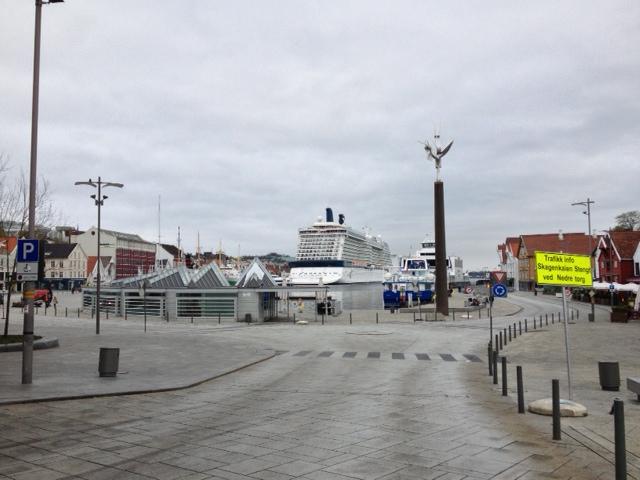 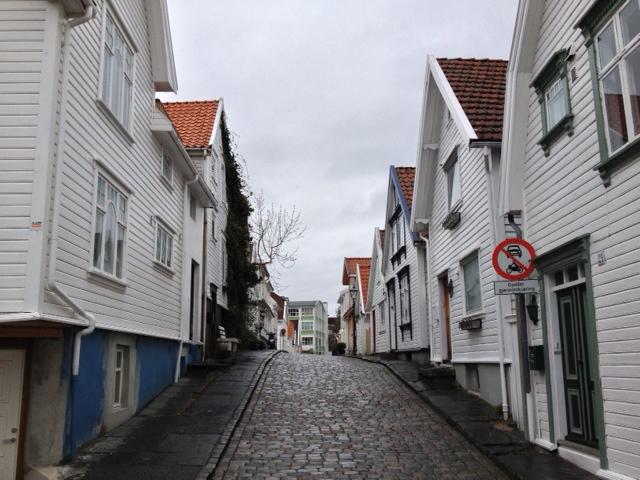 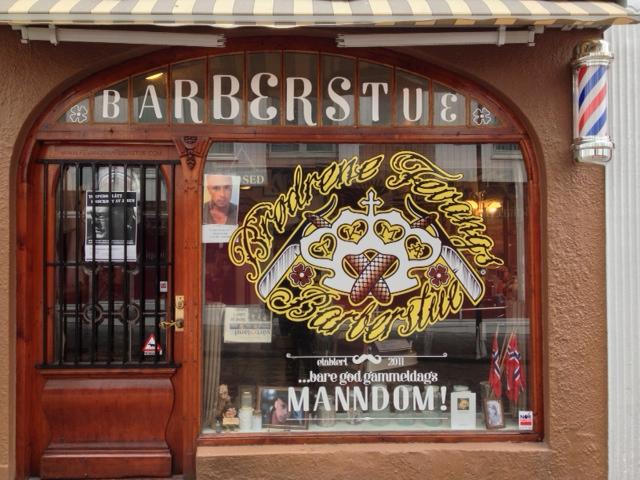 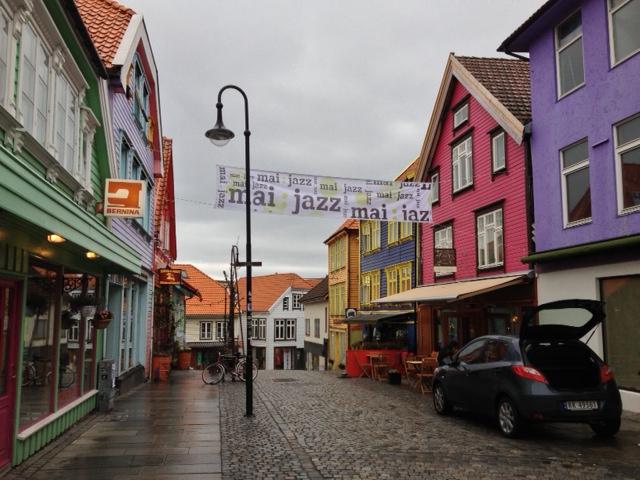 I thought, having finished our stint of ports, that it would be interesting to discuss some of the prices we encountered in Norway. Most people are already aware that things are more expensive in Norway, but just how much are we talking?

It is fairly expensive. The mussels that I had in Bergen cost NOK150 (about £16.63), making it the most expensive stall food I’ve ever had. The coffee in Sjokoladepiken was about NOK95 (about £10.50) for two café americanos and two small pieces of chocolate. A medium Chicken Royale with cheese and bacon meal (the equivalent in Norway is the ‘long chicken’) was NOK105 (about £11.60).

When wandering around Stavanger I saw a couple of decent looking restaurants, and you’d probably be around NOK550 for a three course meal (each, excluding drinks) which is an astounding £61 each.

This is only a small sample, but it gives you an idea. It’s definitely more expensive, so just plan for that when considering a trip to Norway. Of course as we were on a cruise the cost of food and drink didn’t matter so much as our meals were provided on board if we wanted them.

Back on board we had a relaxing afternoon reading in the Sky Observation Lounge which has become a firm favourite of ours, and is in the equivalent location of the Commodore Club on Queen Mary 2.

This was our second and final formal evening, and the majority of passengers adhered to the dress code and the dining room looked wonderful, although I was sat next to someone in the theatre after dinner wearing a polo shirt. This was a shame, as the dress code supposedly applies to all public areas after 18:30 (this was now 22:30, so no excuses!)

Dinner was pretty good: I had oysters to start (which were so good I wish I’d asked for more), beef Wellington as my main (which was a little more cooked than I would like, as I typically have steak blue) and then the traditional formal night favourite for dessert: baked Alaska!

Despite there being no baked Alaska parade on the ship, there was a great spectacle as Sue Denning (cruise director) introduced us to the people behind the scenes of the hospitality side of things and had everyone cheering and waving napkins to cheer for our favourite waiting staff. The dining room was lit up in a multitude of different colours thanks to the colour changing LED strips that are all over the ceiling and walls, and music was playing.

This was all a lot of fun, but if you’re the sort of person who prefers to sit and have a quiet meal without interruption, it might have been an annoyance.

Despite some comments I’ve heard from other people’s experiences on some other ships, I can safely say that the quality of food and service is a bit better in the speciality restaurants, especially Murano. The MDR is great, and I’d happily eat there every night, but I sometimes get the feeling that it’s a little rushed and not always timed perfectly (such us my having finished our starter before getting any wine the other night). Very, very minor issues, and nothing that would, even for a second, make me not want to return.

Tonight’s performance features the orchestra, main cast and Top Shelf, the a capella quartet that I mentioned before. It was a great show and featured, unsurprisingly, show tunes from a variety of broadway and west end shows. The quality of the singing was very good, and the staging was outstanding. The theatre on Eclipse is very well equipped and incredibly versatile, allowing them to get really creative in the staging.

Most of the songs chosen will be familiar to most of the audience, so it makes for easy watching. Well worth a watch if they run the show regularly (which I’m sure they do; it sounds like a staple).

I would love to see a cruise line put on a full west end style show rather than these medley type shows. It would add an extra layer of quality to the product. Perhaps some lines do offer this? Let me know in the comments if there are!

Next post will be about our second sea day, and our final day on Eclipse!