Before coming to Southampton, Alex and I spent a few days in London. It was great to have a catch up with family, and we got to take a friend of ours on a pit-stop sightseeing tour of London. Tonight we enjoyed a wonderful Cunard event in Southampton where we met some faces that some of you might be familiar with!

On our first day in London we decided to do something quite touristy, as I was in that sort of a mood! We decided to go to Tower Bridge, something I’ve not done before.

Tower bridge is the most famous bridge in London (if not the world) and was opened in 1894. The exhibition costs £9.00 per adult and gives a good couple of hours of fun.

Our visit started with a video at the top of the North tower, explaining in a very accessible way the need for the bridge and some of the pretty crazy designs people had for a crossing that could let tall ships access the Pool of London, an important part of the Port of London at the time.

The views from the walkways connecting the two towers are fabulous, and for budding photographers there are even little doors you can open to take photos without the glare of glass. The walkways themselves have a lot of interesting history of the bridge, as well as offering a detailed showcase of various famous bridges around the world (including the Forth Rail Bridge!) The tour finished with a visit to the original victorian engine rooms which powered the bridge at one stage (replaced with electric motors now). This was especially interesting as a good explanation was given as to how the engines generated hydraulic power which was stored under required. Well worth a visit! London in a Day

The following day a friend of ours arrived from Norfolk at around noon, to come with us to the theatre that night. As it had been quite some time since he was last in London, Alex and I devised a plan to see some of London in a relatively short time.

First stop was lunch, where we visited a fantastic BBQ Smoke House called Bodeans in Tower Hill. If you want to stuff yourself with various kinds of meat, this is the place to come. It was described to me as a bomb in a farmyard, a description that I consider to be fairly accurate!

From there, we took the DLR from Tower Gateway to Royal Victoria with a front seat view to satisfy all train nerds out there (the driverless nature of the line allows views to the front of the train – great fun for kids!) This route offered views of London’s financial distirict.

From Tower Gateway, we walked to the Emirates Air Line which runs from here to Greenwich Peninsular and offers great views of the Thames Barrier, The O2 (formerly the Millenium Dome), and London City Airport from above. It’s well worth the trip, though the stations were overstaffed and the service running greatly under-capacity. This worked in our favour, as we got a capsule all to ourselves!

We journeyed back into central London on the Thames Clipper, again offering fantastic views of London from the water. It’s great to see the history of London from the river that was once it’s life blood and was truly the seed of this great capital. In keeping with cruising, a German cruise ship was docked right next to HMS Belfast, just after sailing under Tower Bridge!

Our journey ended with a trip on the London Eye, which offered more fantastic views of London’s famous and evolving skyline. It’s a truely diverse view with grand old buildings like St. Paul’s Cathedral standing alongside new glass giants like The Shard.

Our friend seemed happy. There’s so much to do in London it would have been impossible to see it all in a day, but I think this route was great in that included lots of sights and I think we sampled almost parts of London’s integrated transport system!

In the evening we saw the outstanding Miss Saigon. I won’t go in to detail here, but if you have a free night in London I’d thoroughly recommend booking tickets as this is a show not to be missed! 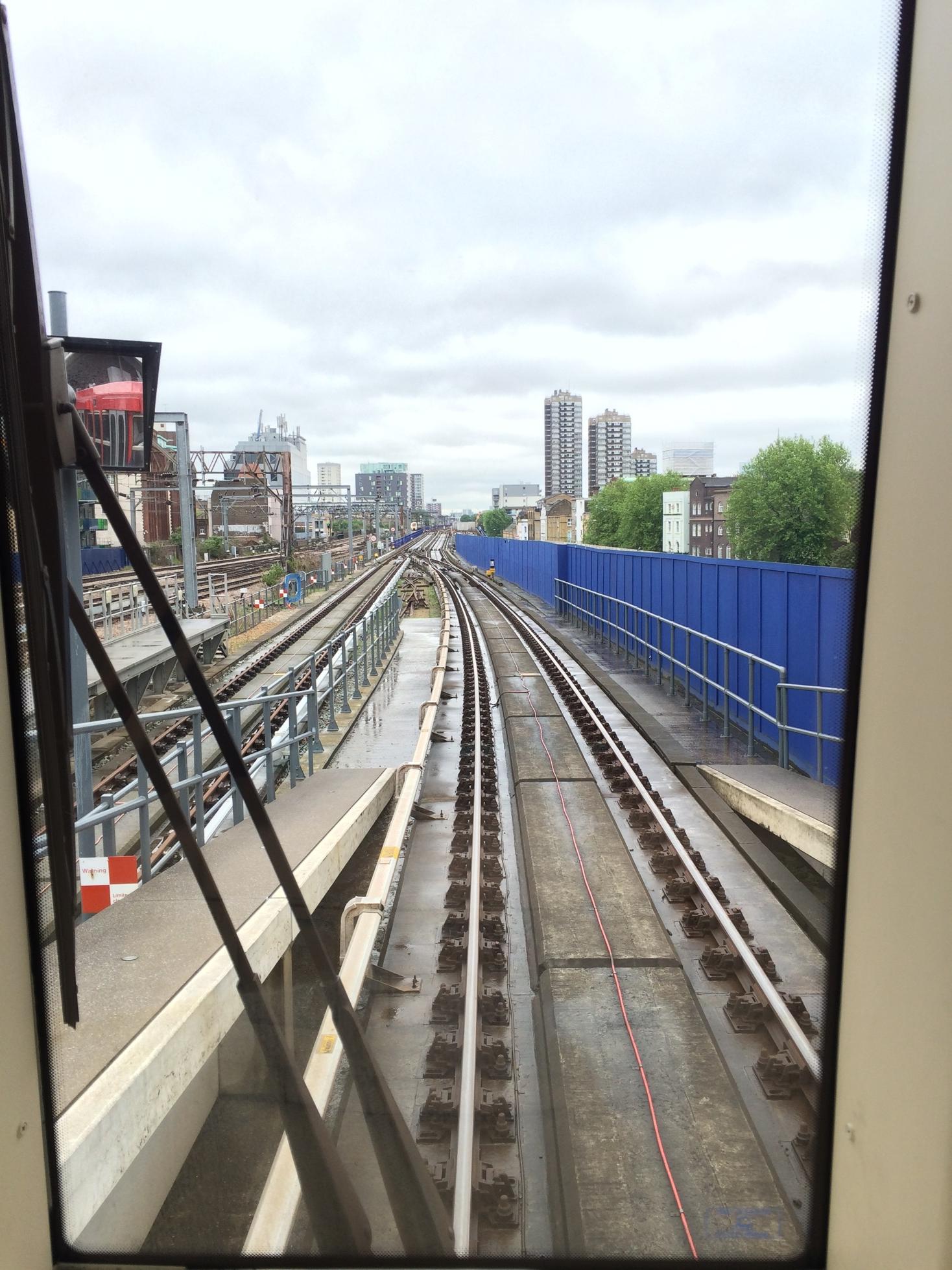 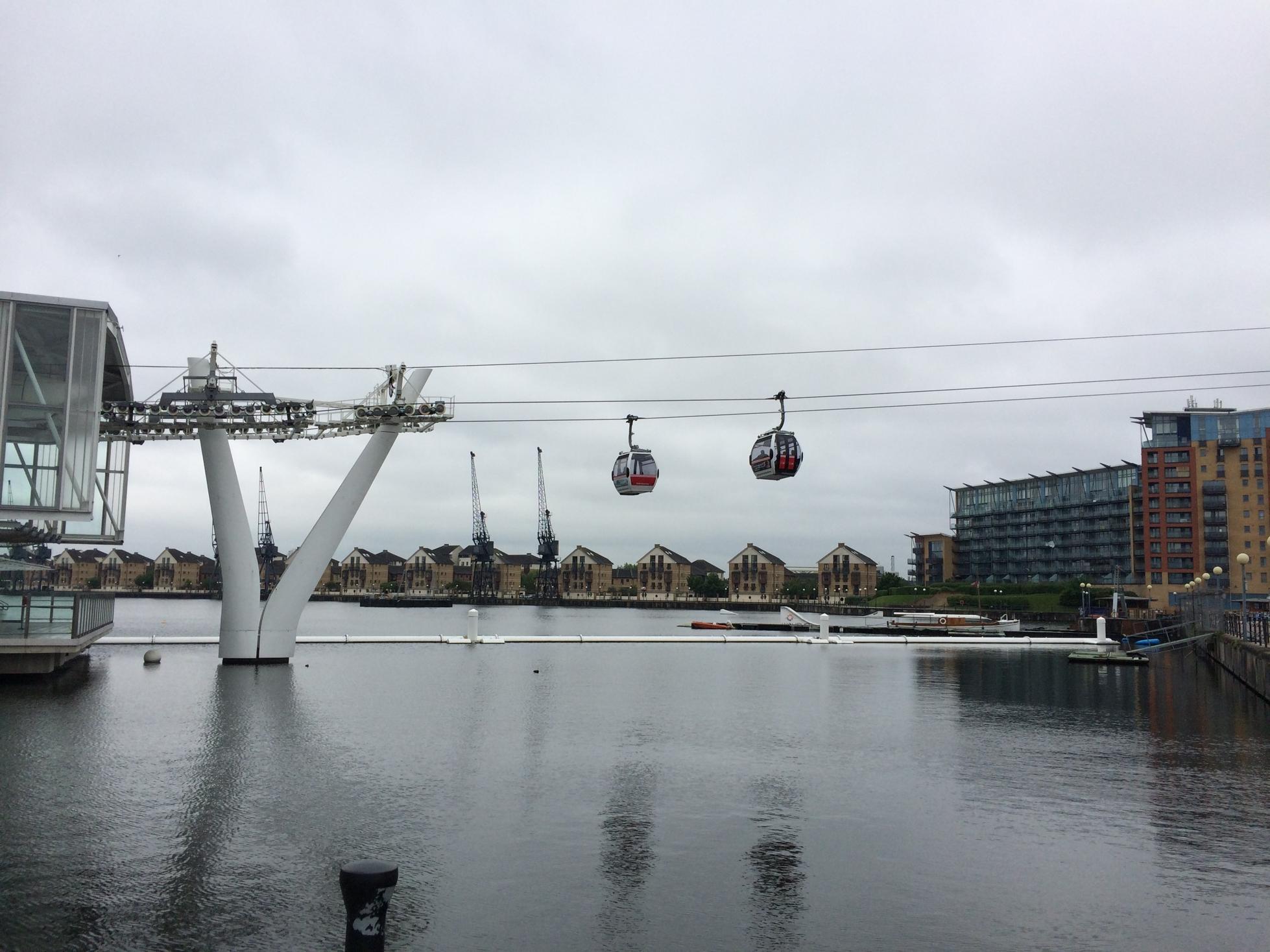 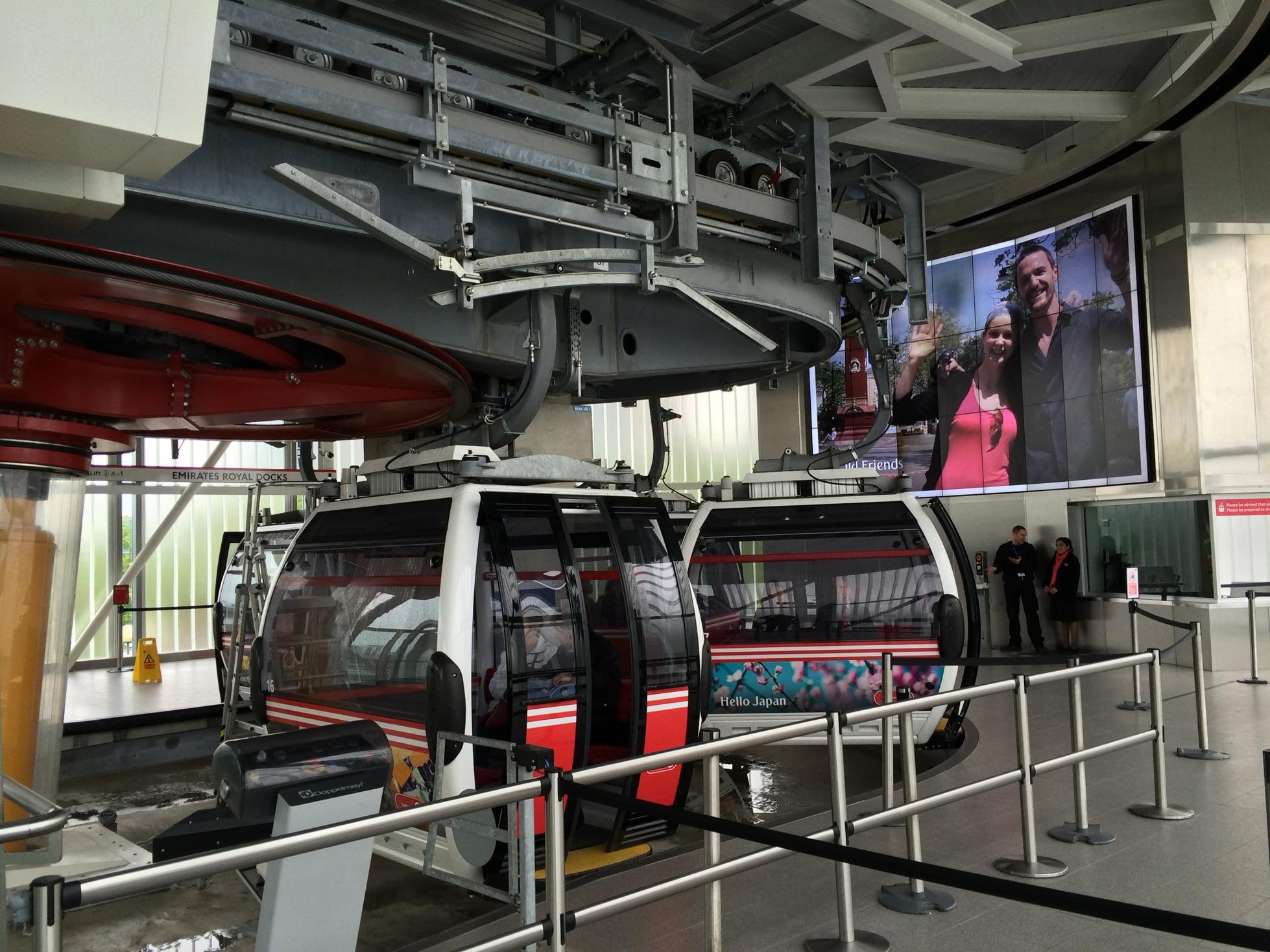 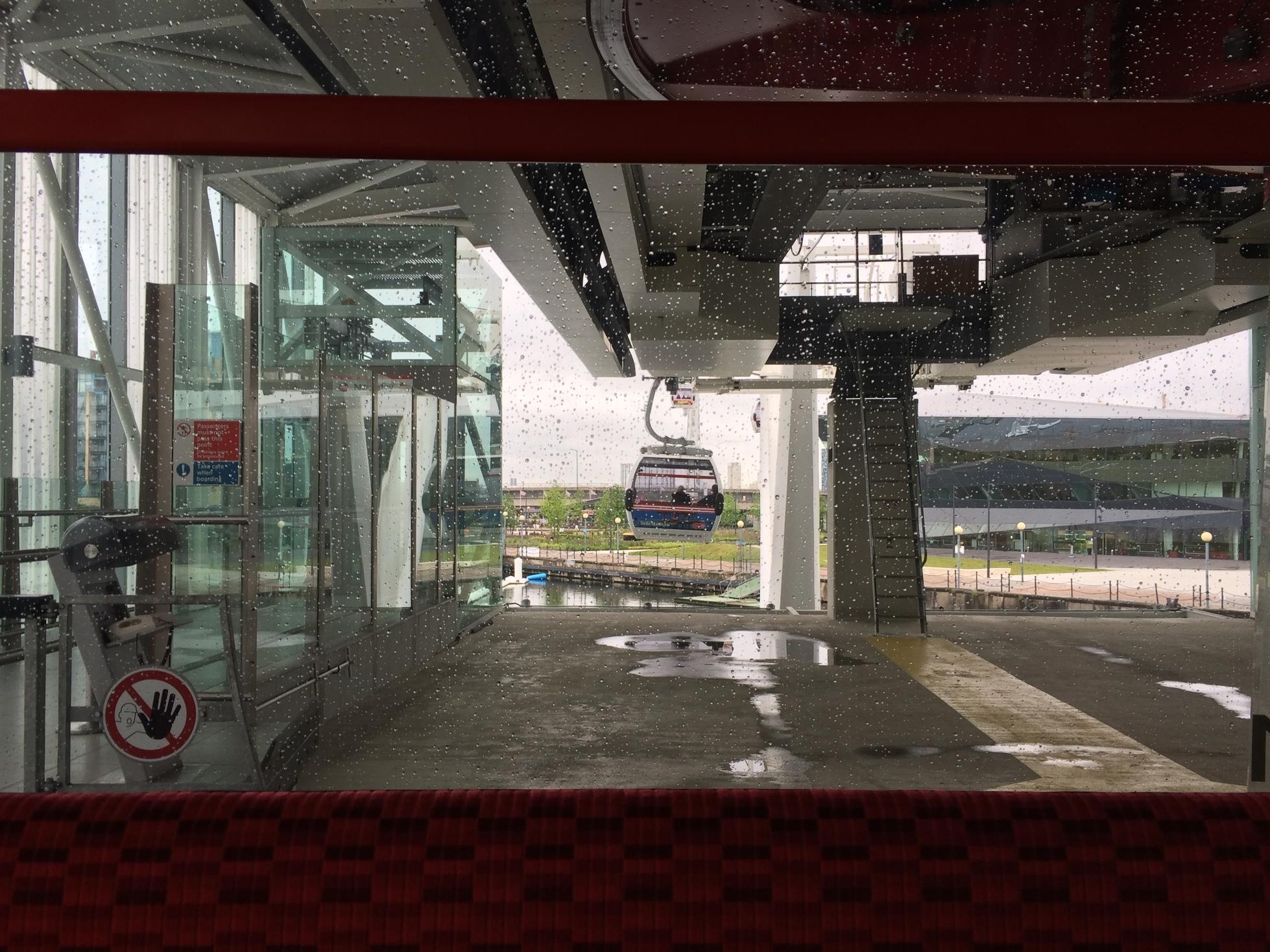 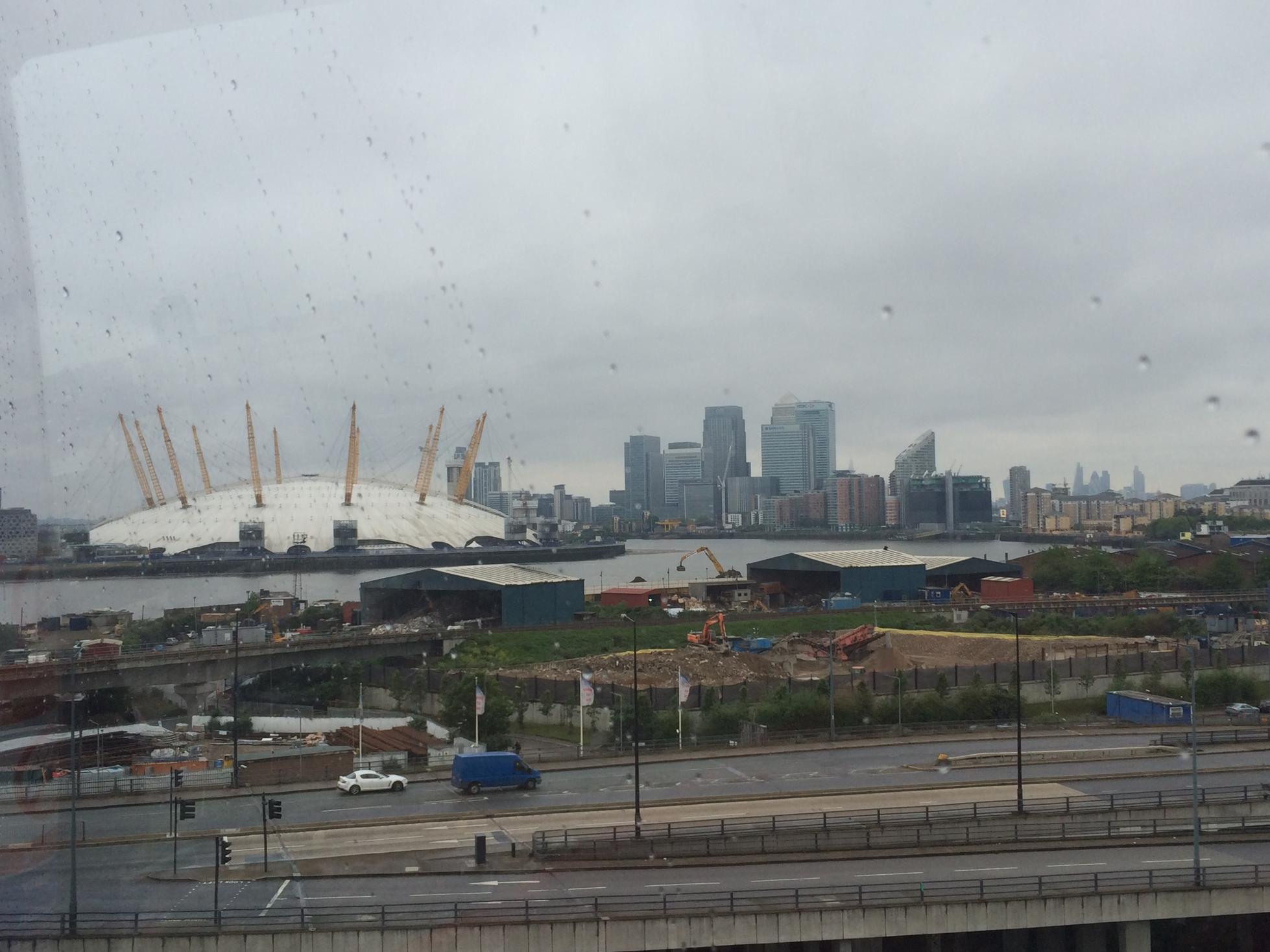 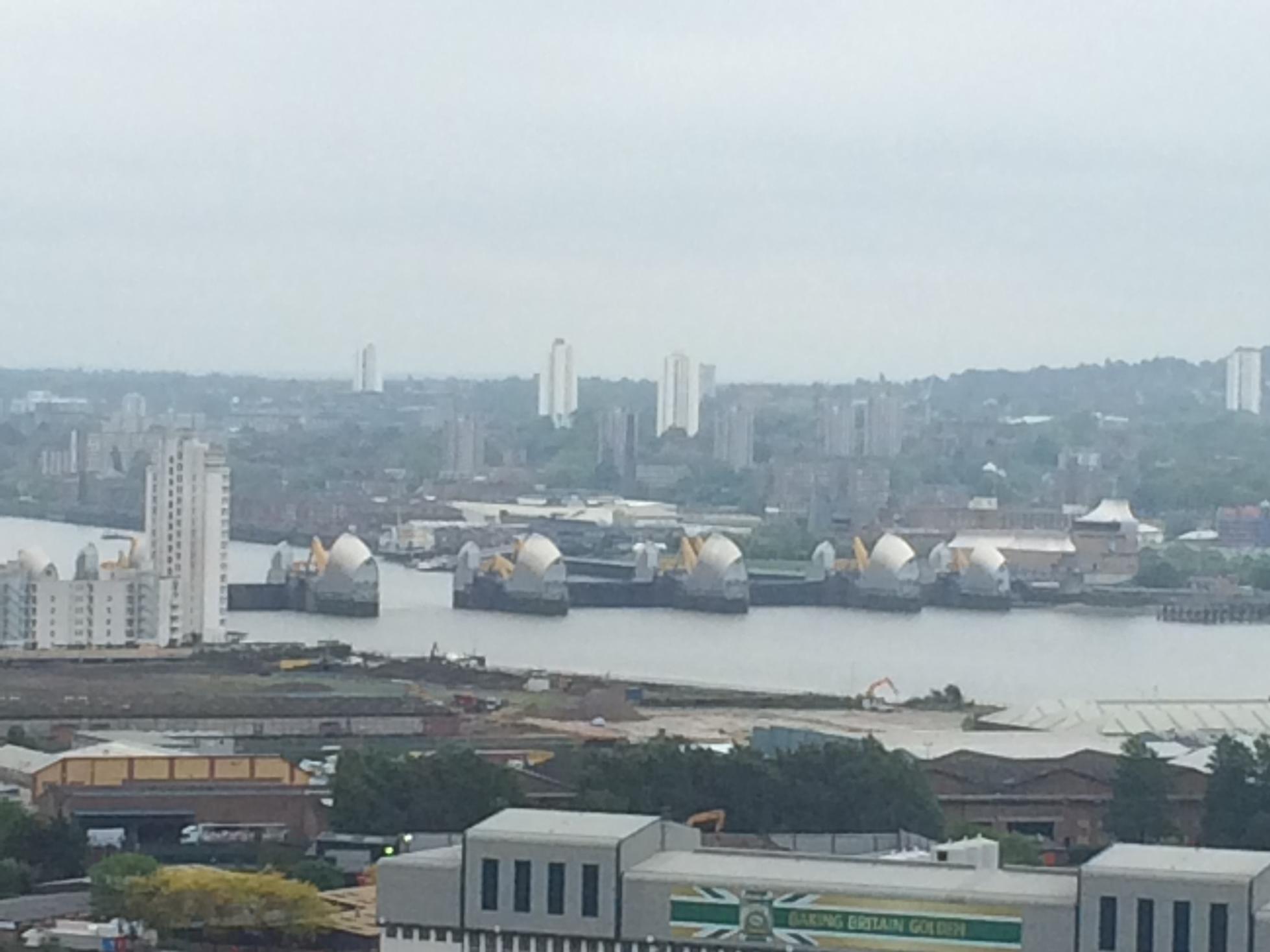 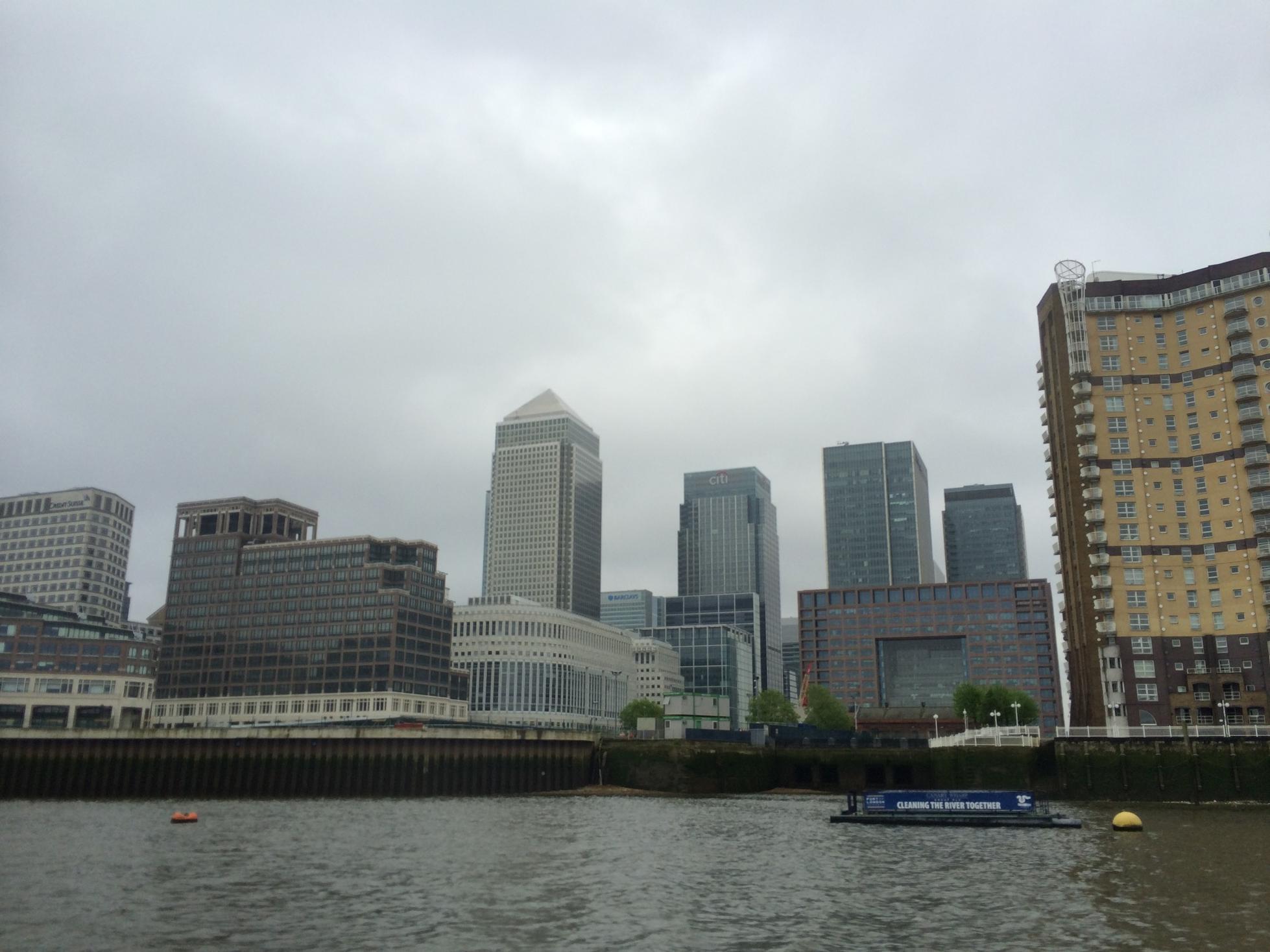 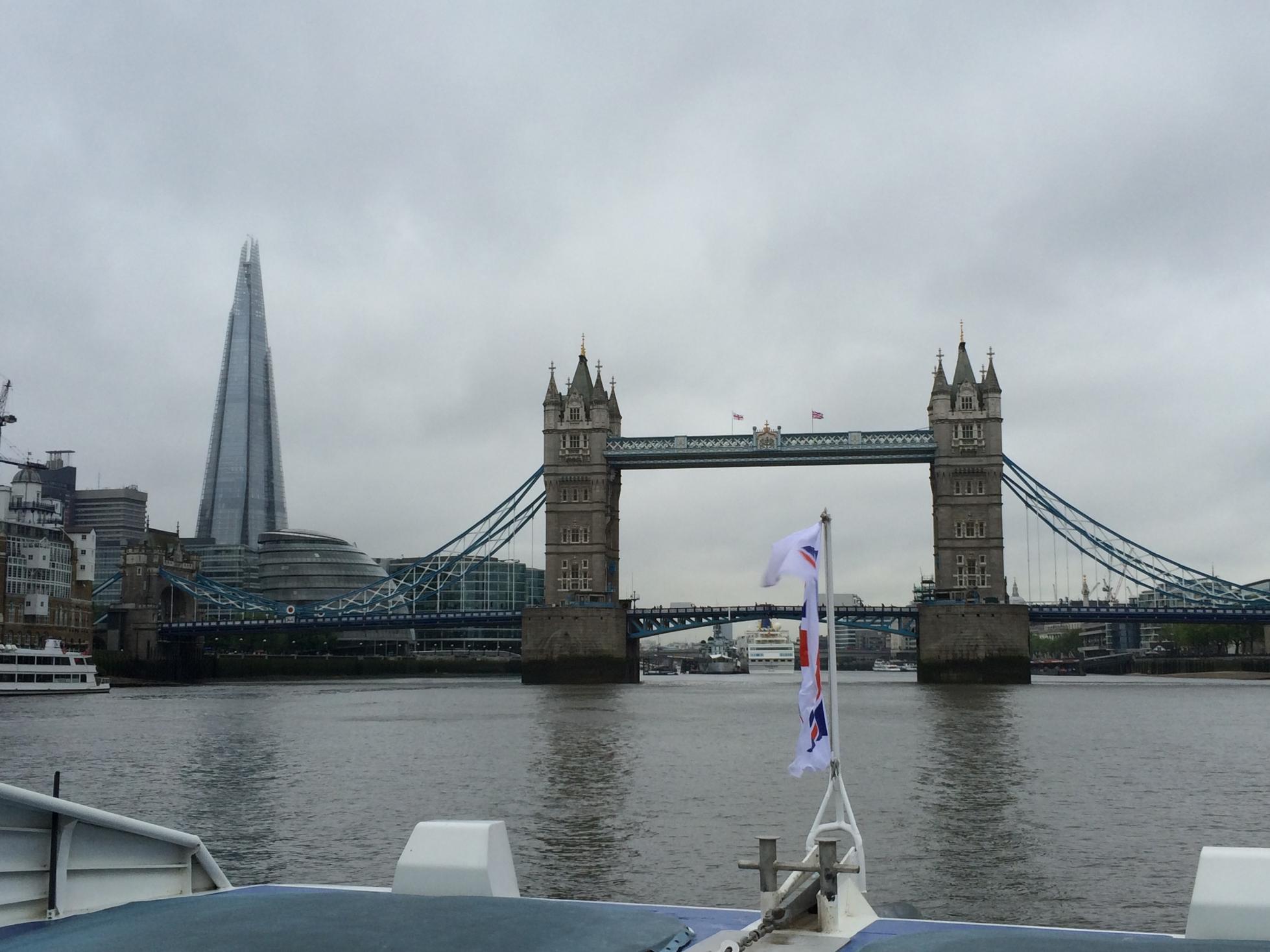 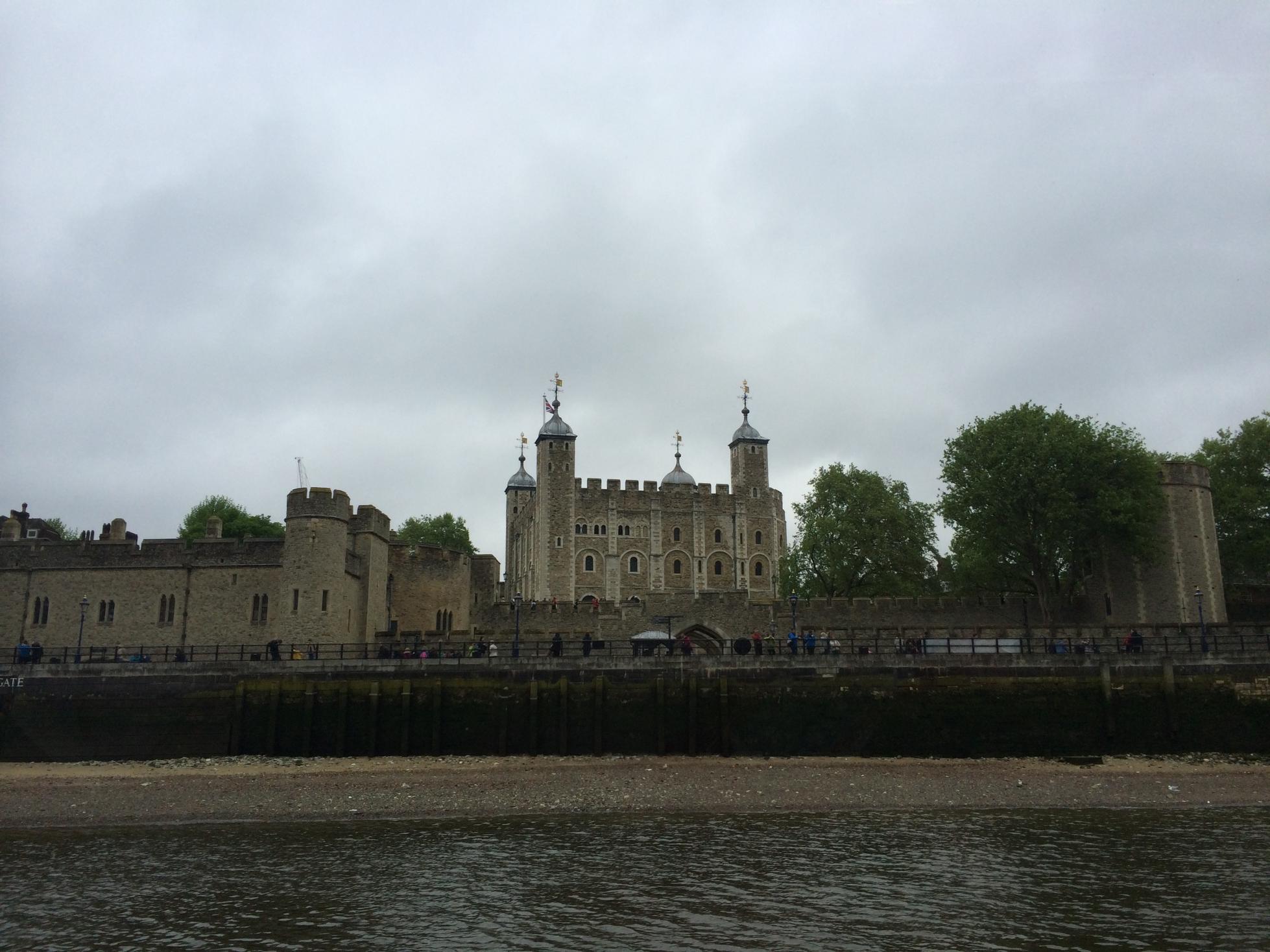 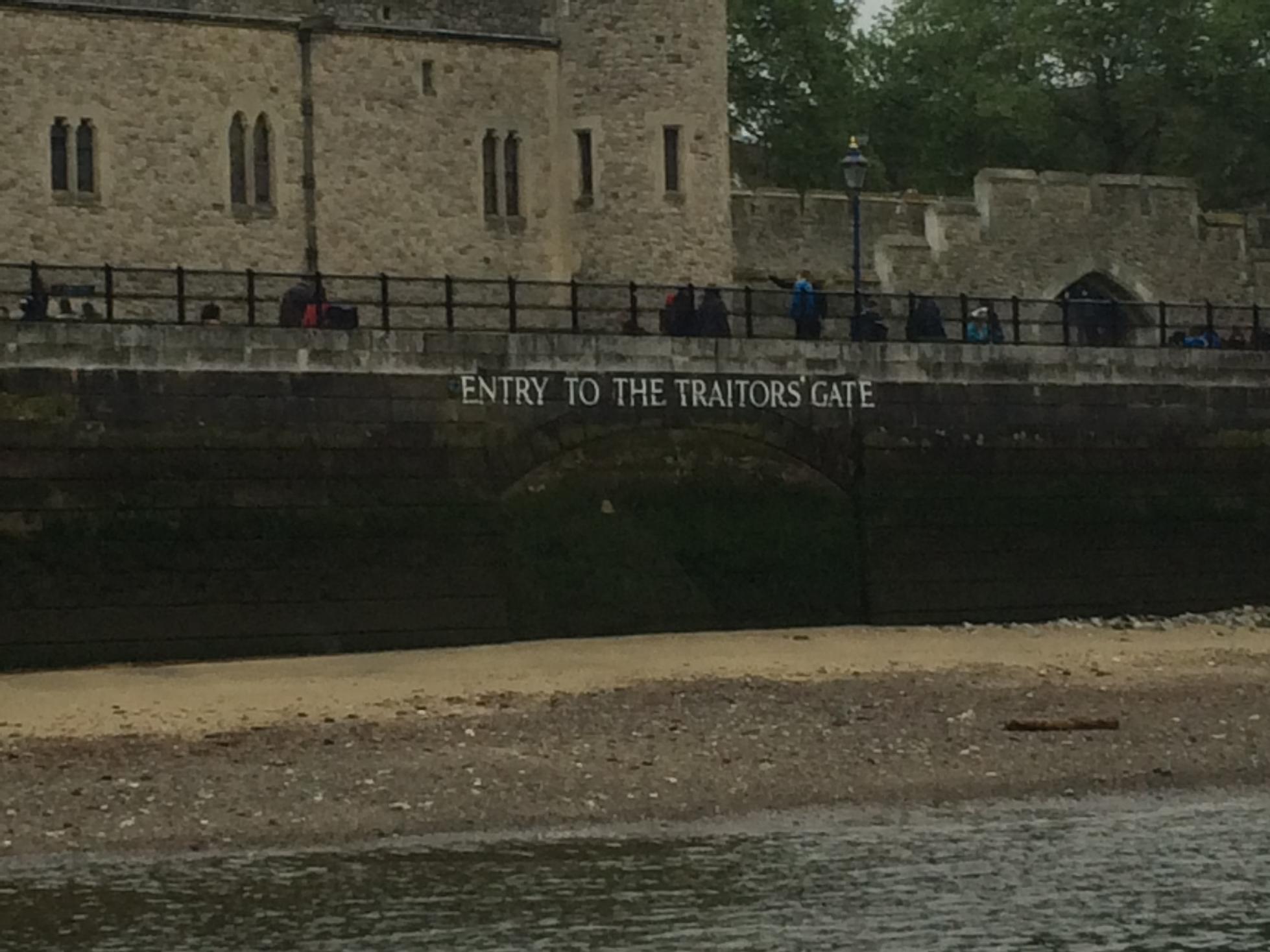 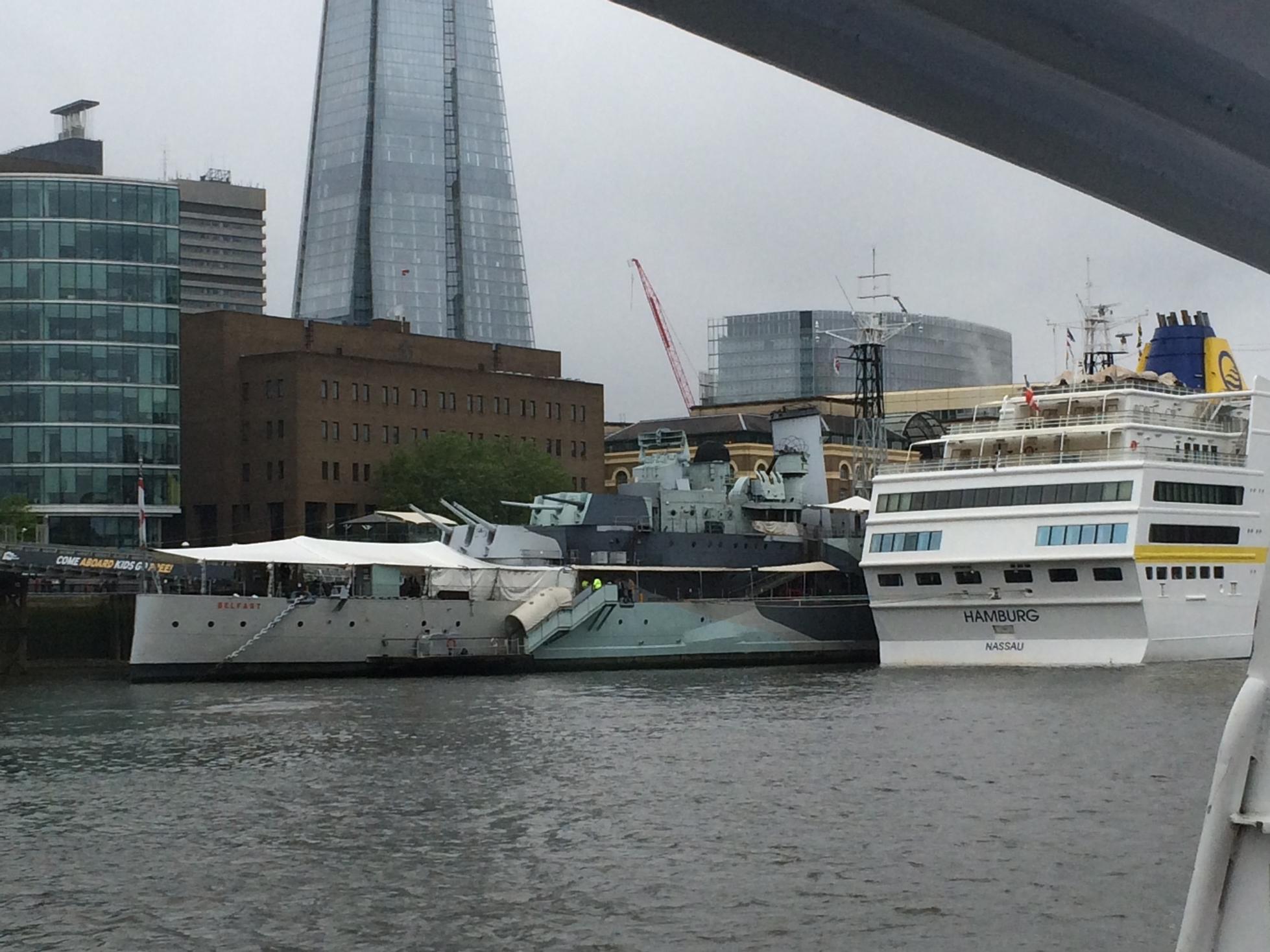 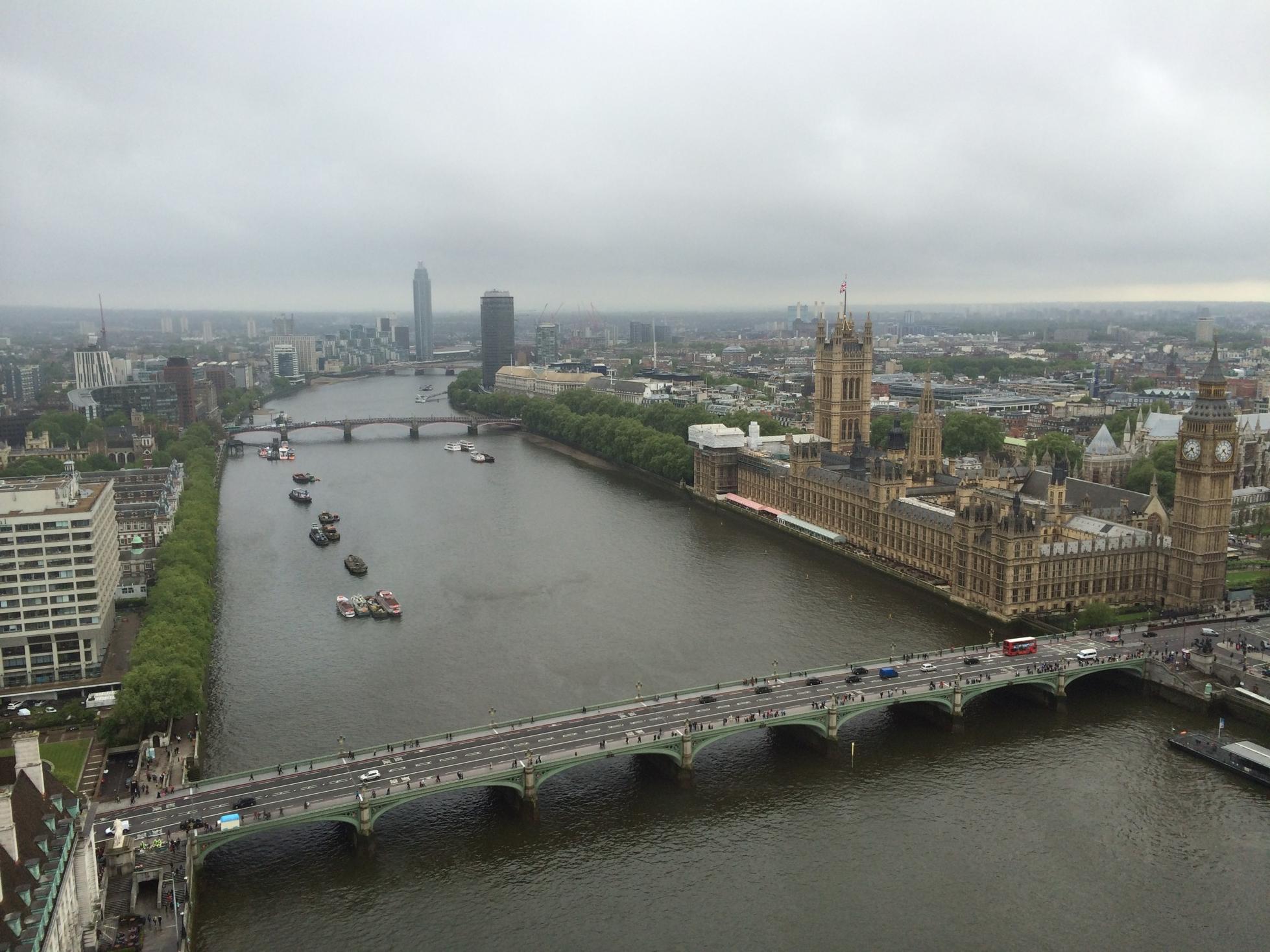 Click to the next page for our day in Southampton and Hythe.

After an unexpectedly stress-free drive from Hackney to Southampton (through central London) we arrived in Southampton today just in time for me to check us in and shave before heading our for dinner. I’ll post more about the Novotel tomorrow, but so far so good!

The easiest way to get to Hythe is by the Hythe Ferry, which runs regularly from Town Quay to Hythe Pier. The journey is a short one, and ends with an option trip on the oldest pier railway in the world to take to from the end of Hythe Pier into Hythe itself.

Be warned: the facilities for the Hythe Ferry at the Southampton end are minimal, and could drastically use updating. Mental arithmatic is required when buying tickets which are dispensed from a machine normally used for parking tickets. Just add up the prices of the tickets you need, feed that money into the machine, and print a ticket. You will need change for this.

The journey across to Hythe afforded great views of Cunard’s three Queens which were together in Southampton for the celebrations later that night. First though, was an early dinner at a well-reviewed little Thai restaurant called The Thai Corner. The food here was very good, and the service was relaxed and friendly. We were there for around 1 hour 45 minutes, as we knew they required the table by 8pm. I’d recommend this place, and a visit to the small but pleasant Hythe, if you have an afternoon to kill before boarding a cruise from Southampton. Especially good was the starter platter which allows you to choose any three starters to turn into a sharing platter for two. Versatile and delicious! The Satay chicken skewers were especially good. The main reason we went to Hythe was to watch Cunard’s celebrations from Hythe Marina Village which was recommended to me as the best viewing point. We were not the only ones with the same idea, as the Marina was teeming with people.

Watching these magnificent vessels manouvre into position was quite fun, if a little slow. Once in position the sky was lit up with a fantastic 10-minute firework display from a barge located in front of Queen Mary 2. As the noise from the fireworks faded, the thunderous sound of the Queens’ horns marked the end of the celebrations as Queen Mary 2 led her sisters our of Southampton, their lights reflected beautifully in the water. I had the absolute pleasure of meeting Richard and Barbara this evening for the first time too. I only wish I’d had more time to spend with them! They were kind enough to give me a lift back to Southampton where I now sit with heavy eyes, ready for bed!