Today we were docked for half a day in Akureyri, Iceland where we had some lunch and a good walk around to help burn off some of the food we’ve been indulging in. Leaving at 2pm, we also had plenty of time to relax, read and take in another Beyond the Podium presentation before our evening’s entertainment and dinner. We woke this morning to be met with the most wonderful sight out of our stateroom window of the cruise (or perhaps any cruise) so far. Our window was directly facing the end of the runway of the local airport, with a stunning backdrop of snow-peaked mountains and below us birds were swooping down to the water and dancing on the ripples. Absolutely stunning view that the photos I’ve taken cannot fully capture. We did, however, discover that the flush on our toilet had stopped working. A quick call to the stateroom attendant team got this put right at some point while we were out. I rather hoped they would’t be able to fix it and move us to a suite. You know, so that I could talk to you about other levels of accommodation on offer too. Purely selfless motivations, I’m sure you’ll agree!

This morning we had breakfast in the buffet on board, Oceanview Cafe. As I might have mentioned before I don’t like the buffet too much, especially when it’s busy. It can be a bit of a mad rush with everyone fighting for food and tables. This morning was a little different as we had a bit of a naughty lie in (after not feeling great for some of yesterday) so we didn’t get to breakfast until about 08:45! Anyway, our table by the window (it really was quiet) reminded me of something I meant to share with you a few days ago when we grabbed a quick coffee and snack in the buffet. There are sections of the buffet that stick out quite a bit, almost like balconies over the sea, but fully enclosed. These sections have portholes on the floor so you can walk over the glass and look directly down into the sea! I thought this was quite a nice feature (although comments from some passengers suggest that it’s not for the feint hearted) and, while we were docked by the time we had breakfast this morning, certainly gave a nice view when we first saw them a couple of days ago!

Thankfully Akureyri is a fairly small port so you can walk directly from the ship into the town with no shuttle busses required or even available. In fact the walk from the pier into the town is rather nice, with a man-made walkway taking passengers to and from the ship. Today we had fairly nice weather; it was dry for the time we were there, and in the sun it was reasonably warm. The only detracting factor was the wind which made my glad I’d put on my thick jumper and jacket!

First impressions were of a rather run-down looking town, but as we explored a little more we found Akureyri to be a very charming place that is a delight to walk round. Despite Celebrity having just offloaded a literal ship-load of people into this small town, you didn’t have to walk very far to find tranquility.

We decided to start by walk up to the Botanic Gardens which were recommended by a fellow forum member (I can’t remember which of you, and I’m writing this offline so can’t check) which you arrive at by passing the large concrete church which has become something of a symbol of Akureyri. Only in Iceland have I seen concrete structures with such beauty; the designers of the concrete monstrosities we see in the UK should hang their heads in shame! The walk both to the church, and onward to the botanic gardens, is perhaps 1km in total from the ship and mostly uphill.

The Botanic gardens were lovely to walk round and, while I don’t know the first thing about plants or gardening, it was nice to wander and take in the sights and smells. It even gave me the chance to try my hand at some macro photography, although no doubt I’ll have taken pictures of plants that will bore the socks of the botanical boffins following my blog! 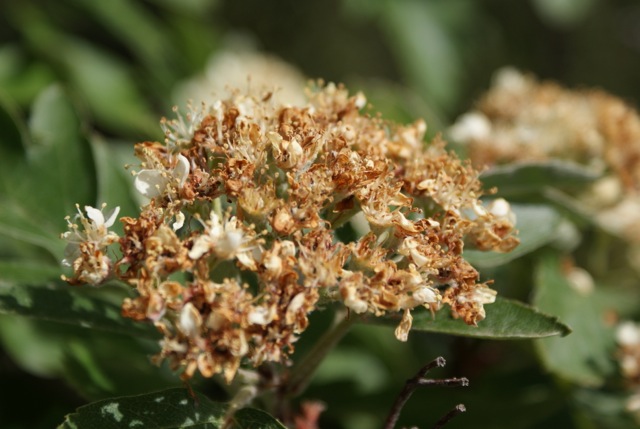 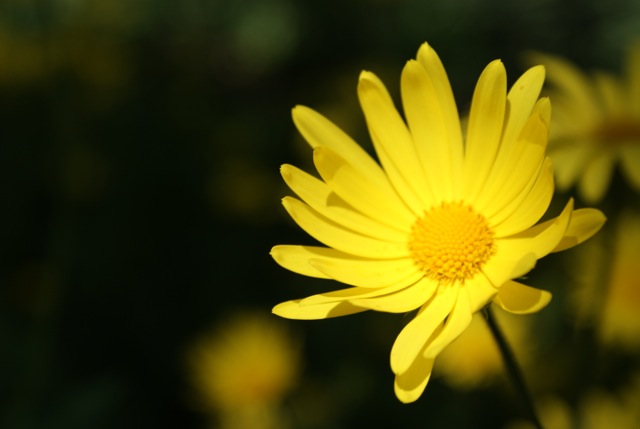 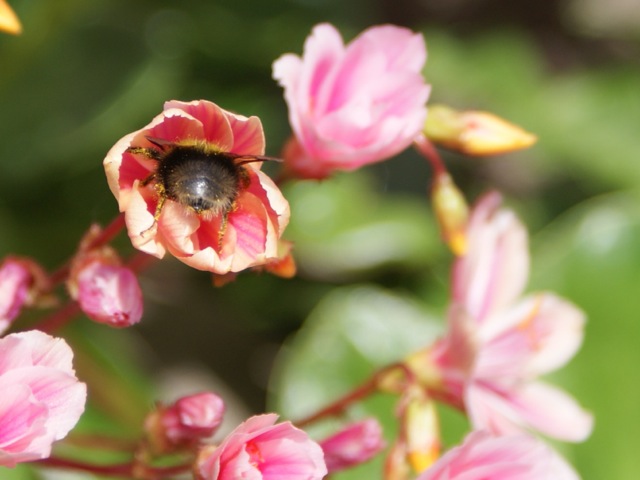 After a long and leisurely stroll around the gardens, we decided to walk back down to the centre and have a walk along the old town in the direction of the airport. We passed many beautiful old buildings before deciding that we’d had enough and really ought to turn back and get some lunch before boarding. We walked briskly for about half an hour in each direction and it was well worth it!

We stopped at a little café called (I think) Bláa Kannan on the main street for a panini and a bottled drink each. The total cost for this was around ISK 2,840, or around £15. Not too bad, but not outstanding. After lunch we relaxed for a little bit with some free WiFi before getting back on board for our half day at sea. 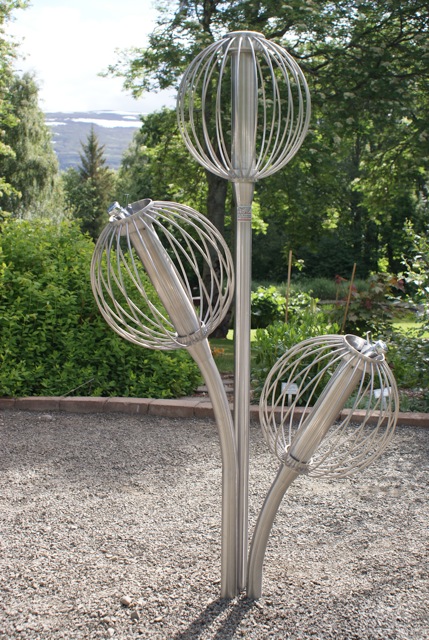 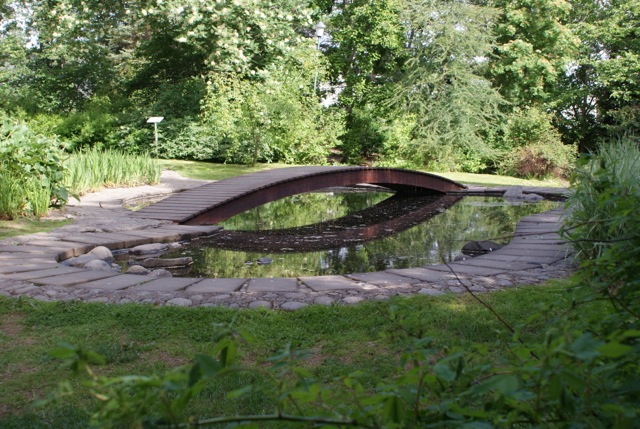 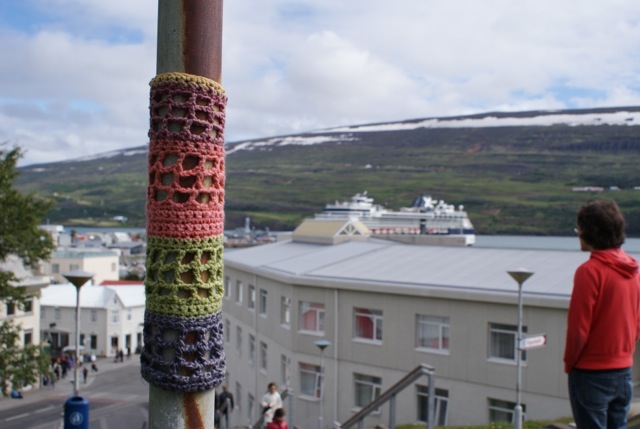 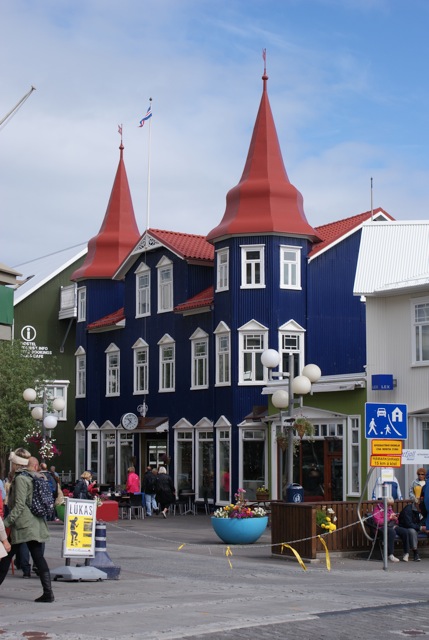 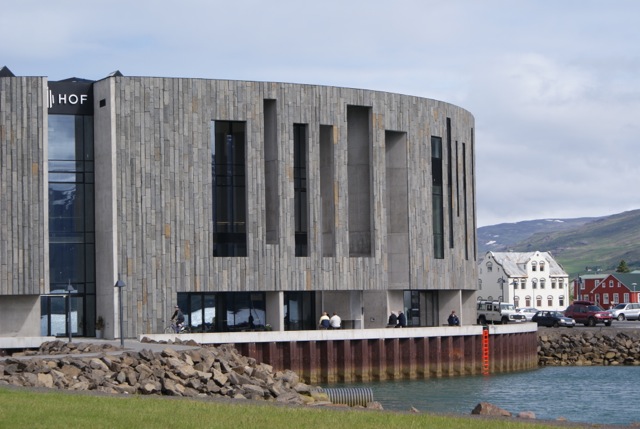 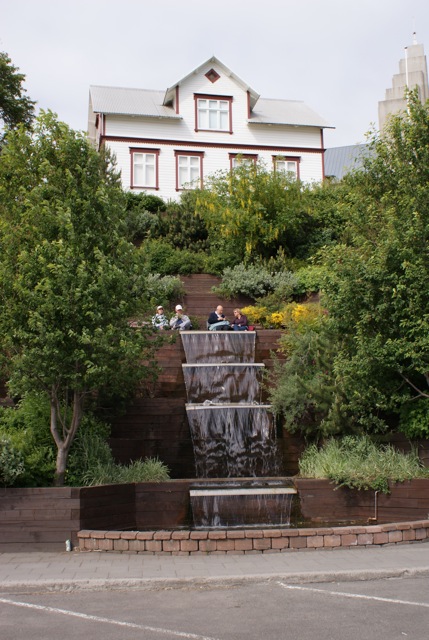 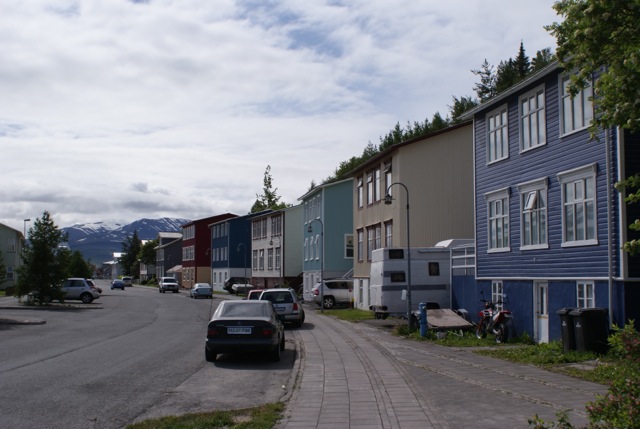 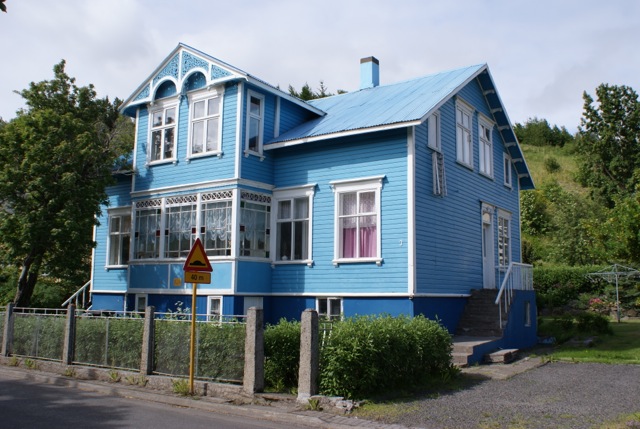 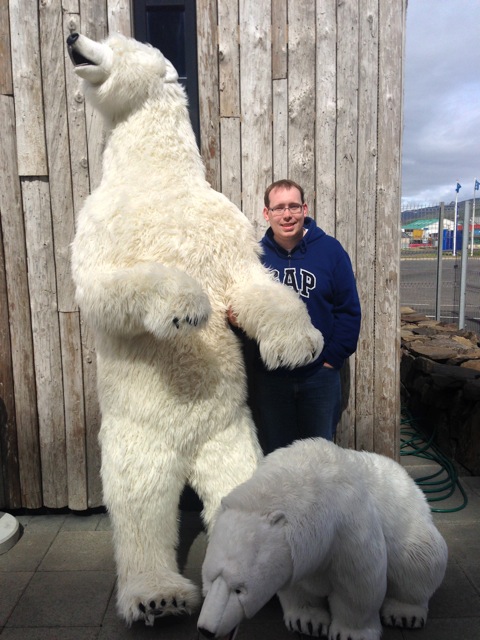 I feel like I don’t have a whole lot to tell you about our afternoon, as I spent a lot of it reading and gazing out to sea in both our stateroom and Café al Bacio, where we were treated to some wonderful music from charismatic pianist Bill Forrest who we first encountered on embarkation day and who was suffering from jet-lag having just arrived in the UK from the USA. He’s pretty good and engages well with the audience which often doesn’t happen in this sort of setting.

We did have another wonderful space talk from Jim Kennedy entitled ‘The Future of NASA & Why Should I Care’. I won’t say much about this other than it was more of the same quality. We have a double dose of NASA on our final sea day, so I expect I’ll sum up my feelings on his presentations in that entry.

Someone in the comments did ask what his thoughts were on the Shuttle disasters, and he did talk about the Columbia incident in a previous session. The bottom line is that he agrees that the Space Shuttle was not safe enough and Columbia was the result of the crew module (the shuttle) being attached to the side of the external fuel tank instead of on the top like in previous programs. He also explained that they could have done something to rescue the team on Columbia, but at the time they didn’t know there was an issue, and had no procedures in place to determine that there was an issue. If you have any specific questions about this or any other NASA/Space topic let me know in the comments and I’ll do my best to ask him if I get a chance!

By the way, I don’t think I’ve really mentioned Café al Bacio yet… Have I? Well, this is a coffee shop located on Deck 5 midship serving speciality tea and coffee (at an extra charge) along with various pastries and cakes (for free). If you like decent coffee then it’s the only place you’ll get one. I had an indulgent Caramel Macchiato at the start of the cruise which was quite nice, and a hot chocolate today which was very disappointing. It didn’t have enough chocolate in it. This would be fine if it was free in the buffet, but at about $6 it’s a little expensive. The pasties are lovely though, and I’d thoroughly recommend the Elephants Ear Cookies (YUM!). Nonetheless, Café al Bacio is a lovely venue and, as long as you stick to the coffee, a great place to re-engergise when you need a little buzz!

Greg, a musical man from Manchester, was our evening’s entertainment . According to Celebrity Today he has performed around the world as a headline act, supported by the Hong Kong Philharmonic Orchestra. He plays the violin, and performed a variety of music from around the world, including a number of pieces from film.

He was a charismatic guy and certainly knew his way around a violin, performing slow pieces with beautiful expression, and fast pieces with astonishing accuracy. The Infinity Orchestra largely did a good job of accompanying him and the show was energetic and fun. Definitely recommended, and I’ll be looking him up when I get home (apparently his debut album went to number one is the Classical Charts).

Back to the Trellis Restaurant

Tonight we rejoined our table in the MDR after last nights feast in Qsine. There have been a few comments saying that Qsine doesn’t look up your alley, and I can understand why. It’s not for everyone, but it is a great experience if you’re up for a bit of fun (doing those cupcakes was the first time I’ve been allowed to play with my food since becoming an adult!) That said, if you could only visit one restaurant on Infinity, it would definitely be S.S. United States.

Our companions from Hong Kong were absent again, and weren’t there last night (our newcomers to the table have never actually met them) so I suspect they’ve given up with the social dining affair and have either switched tables or prefer the buffet.

Food tonight was back to the usual standard after the little disappointment with the ravioli the last time we were there. I had two starters (skipping the soup) as I couldn’t decide between them. One a salmon mousse, the other a filo tart with gorgonzola cheese. Both were delicious! My main course was a wonderful chicken roulade, which was a round of chicken stuffed with spinach (I think) and coated in a crispy breadcrumb. It was so tender and juicy I think I could have eaten it again! I’m sorry I’ve been lazy with food pictures in the MDR; I keep forgetting as we’re deep in conversation with our table companions. I promise to try harder tomorrow!

We finished dinner with a Bailies and headed to the Casino to try our luck at getting entry into the complimentary slot tournaments. We didn’t manage, but I did win $12 on the slot machines on my own (which I have re-spent since). One night I’m going to try my hand at roulette, but not tonight! Tomorrow is another day at sea, and the activities don’t look quite as interesting. I’ll have a fresh look in the morning and I’m sure I’ll find something to occupy our day! Clocks go forward tonight, so it might be another late visit to the breakfast buffet tomorrow after another cheeky wee lie in.